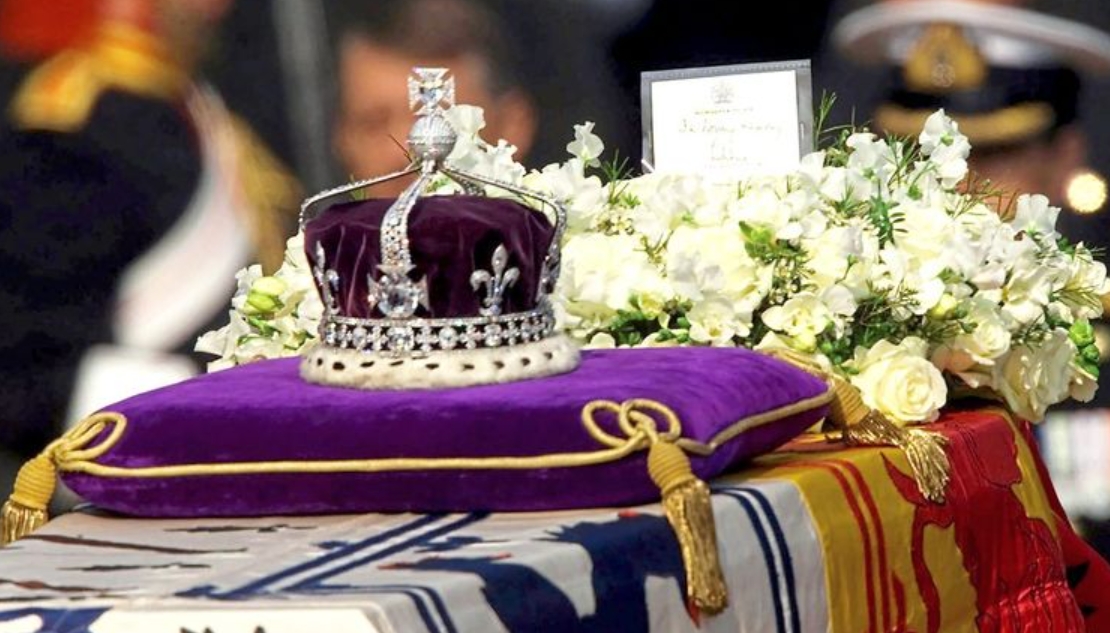 After the Queen’s death, messages related to Elizabeth II increased on Twitter with the hashtags “ripqueenelizabeth”, “queenelizabeth” or “KingCharlesIII”. In India, however, after the death of the monarch, the hashtag “Kohinoor” was in vogue. Many users used it in their response to the condolences of India’s Prime Minister Narendra Modi on the social network. Six years ago, his government demanded that the Kohinoor (or Koh-i-Noor), a diamond owned by the British Crown, be returned to India.

In 2016, the Indian Ministry of Culture called the diamond a “valuable work of art with strong roots in India” and demanded that it be returned “in a friendly manner”. Some experts estimate the value of the stone at 140 million euros, others at around 350 million, and still others claim that it is priceless because of its history.

The UK claims the diamond was a gift from then Maharaja Duleep Singh. One sees therefore no legal reasons for the repatriation of the precious stone. But not only India rejects this explanation, also Pakistan and even the Taliban lay claim to the stone. Because the Kohinoor had a long journey before becoming part of the British Crown Jewels.

The Curse of the Kohinoor

Historians believe the 191-carat (38.2-gram) stone was discovered in southern India between 1100 and 1300 AD. First official records appear in the 17th century. The diamond was an ornament in the peacock throne of Mughal Emperor Shah Jahan – the man who had the Taj Mahal built. When its treasures were plundered under the Persian Shah Nader, the stone was given its current name Kohinoor, which means “mountain of light” in Persian. Nader was killed in turn, bringing the diamond to the Afghan Empire. When the later ruler of the Afghans came into the care of the Maharaja Ranjit Singh of Punjab, he came into possession of the diamond.

After the ruler’s death, there was a bloody dispute over the rulership and the notorious Kohinoor that lasted for years. Duleep Singh was the only survivor of the Maharaja’s four descendants and ascended to the throne at the age of five. After two wars, Punjab was annexed by the British in 1849. At the age of eleven, the then regent was forced to cede the Kohinoor to Queen Victoria by treaty.

Through its bloody history, the rumor of the curse of the Kohinoor spread. This was fueled even more when the ship carrying the diamond was hit by cholera and a violent storm on its way to England. Since then, the Kohinoor has been owned exclusively by women, as it is said to bode ill for men.

Now the British are partly to blame for the importance of the Kohinoor. The diamond was displayed at the 1851 World Exhibition in London and presented as an achievement of the British Empire – whose crimes the Kohinoor symbolizes for many to this day. But the asymmetrical stone left visitors to the world exhibition unimpressed. Prince Albert had it cut to give the jewel more brilliance. After that, the diamond no longer had 191, but only 105.6 carats.

Even Queen Victoria doubted the legitimacy of wearing the diamond. In a letter to her daughter, she wrote that she was against taking other lands. About the diamond she said: “You also know how much I hate wearing the Kohinoor.” Nonetheless, after her death, the jewel was given a place in the crown of the King’s consort Alexandra, as well as that of Queen Mary, until it ended up in the crown of the then King’s consort Elizabeth Bowes-Lyon, mother of Queen Elizabeth II.

When India achieved its independence in 1947, the country demanded the restitution of the diamond. A second request followed in 1953, the year of Queen Elizabeth II’s coronation, at which her mother wore the diamond. The British government claimed that repatriation of the Kohinoor was out of the question. Claims in 2000, 2010 and 2016 were also rejected by the UK. In 2010, then Prime Minister David Cameron said in a TV interview that Britain could not return the diamond. His reasoning: “If you say yes to a [request], you will suddenly see that the British Museum is empty.”

The Taliban also claimed the diamond in 2000, as it was once owned by the Afghan monarchy. Pakistan, in turn, appeals to the Maharaja, whose seat was in Lahore, in modern-day Pakistan. These demands also changed nothing about the UK stance. With the death of the Queen, the jewel will likely pass into the possession of the Queen, Camilla, but will remain on display in the Tower of London.

The diamond would not be the first item to be repatriated from a British museum. In August, a Glasgow museum decided to return seven stolen artifacts to India. Duncan Dornan, head of Glasgow Museums, said repatriation was a way to “build new and stronger relationships”. (Isadora Wallnöfer, September 14, 2022)