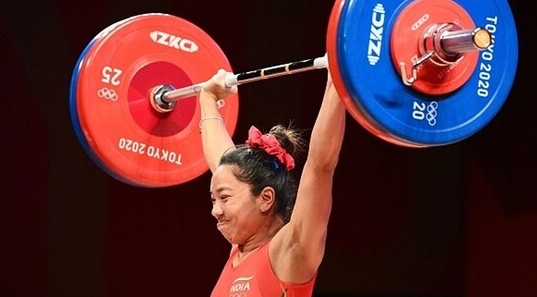 While Tokyo Olympic silver medalist Mirabai Chanu is celebrating her 27th birthday today, it is a occasion that brings her both joy and sorrow at the same time. According to the Olympic association, the sport of weightlifting that has earned Chanu international fame is all set to lose its Olympics Status.

Citing the reason behind the decision, the International Olympic Committee (IOC) said that the charter changes could end the sport of weightlifting which has been long association with the Olympic Games. The decision to end weightlifting has been unanimously approved by the International Olympic Committee (IOC) Session today. The decision could end the Olympic dream for Mirabai Chanu & fellow weightlifters at Paris 2024 Olympics.

According to the IOC, weightlifting is mostly at risk of being dropping out of the Paris Olympics because of frequent doping charges and governance issues. The IOC has repeatedly warned the IWF in the past year about the need to reform after a series of doping and corruption scandals.

The sport of weightlifting faces constant threat of being dropped from the Olympic Games following the Charter changes from Paris 2024 and reportedly might be given a chance to return at Los Angeles 2028 Olympics.

The IOC membership today granted a proposal to the Executive Board that gives it the power to suspend sports from the Olympics without approval from the session.

It may be mentioned that, the Olympic Charter was amended for the reason that a particular sport can now be removed by the full IOC membership if its governing body does not comply with a decision made by the IOC executive board.

The IOC further state, ” It acts in a manner likely to tarnish the reputation of the Olympic movement.”

IOC President Thomas Bach who chaired the executive board, further received new powers that enables him to suspend a sport or event discipline from the Olympics provided the particular governing body does not comply with a decision.