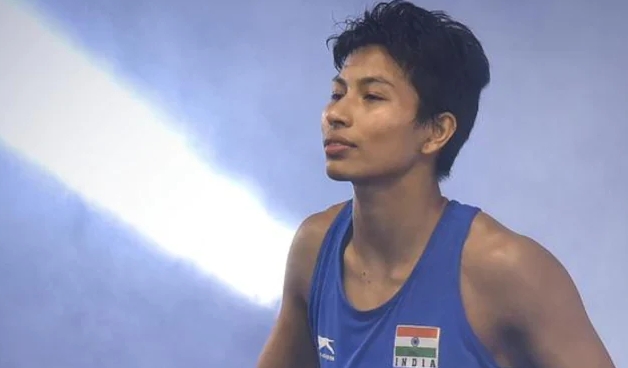 Lovlina Borgohain, a two-time World Championships bronze winner, will compete in the Tokyo Olympics 2021 on Tuesday, hoping to become the second Indian boxer to win a round after Mary Kom.

The Indian boxing team’s performance at the ongoing quadrennial sporting event has been poor thus far. Mary Kom is the only Indian to win, with Vikas Krishan, Manish Kaushik, and Ashish Kumar all crashing out.

Borgohain will walk into the ring against Germany’s Nadine Apetz at the Kokugikan Arena hoping to break her losing streak. Borgohain’s opponent, like her, is a two-time bronze medalist at the World Championships. The 35-year-most old’s recent accomplishment was a bronze medal in the 2019 European Games.

Apetz, a trailblazer in German women’s boxing, has served as an inspiration to many of her countrywomen. She’ll enter the fight against Lovlina with a strong ambition to continue her adventure in her first Olympics, having begun boxing at the age of 21.

However, during the last several years, Lovlina has established herself as India’s top female welterweight fighter. She switched from Muay Thai to boxing after being inspired by Muhammad Ali, and has risen steadily since then.

Lovlina has shown her enormous talent over the previous four years, winning bronze medals in the 2018 and 2019 World Championships, as well as the 2017 and 2021 Asian Championships.

With a bronze medal in the Asia and Oceania Boxing Olympic Qualifiers, Lovlina punched her ticket to Tokyo in 2020. She became the first Assamese female boxer to qualify for the Olympics.

Now that she has defeated COVID, the re-energized Arjuna awardee will try to deliver in the ring with the nation’s hopes riding on her shoulders.

The only Indian fighter on Tuesday’s card is Lovlina Borgohain.