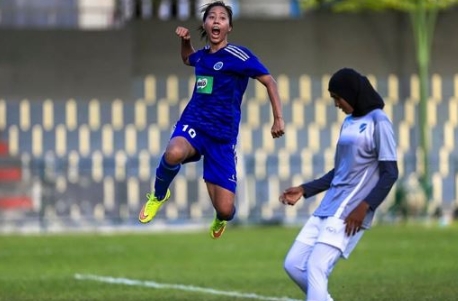 She is the first Indian woman to sign a professional contract overseas.

The move is a big step in Devi’s career, who is currently the top scorer for the Indian national women’s team and also the leading goal scorer in South Asia.

She becomes the first Indian woman to become a professional footballer and also Rangers’ first Asian international footballer, the Scottish club said in a statement.

Later Bala Devi issued a statement saying, “To play my football in Europe with one of the biggest clubs in the world is something I could never have dreamed of.”