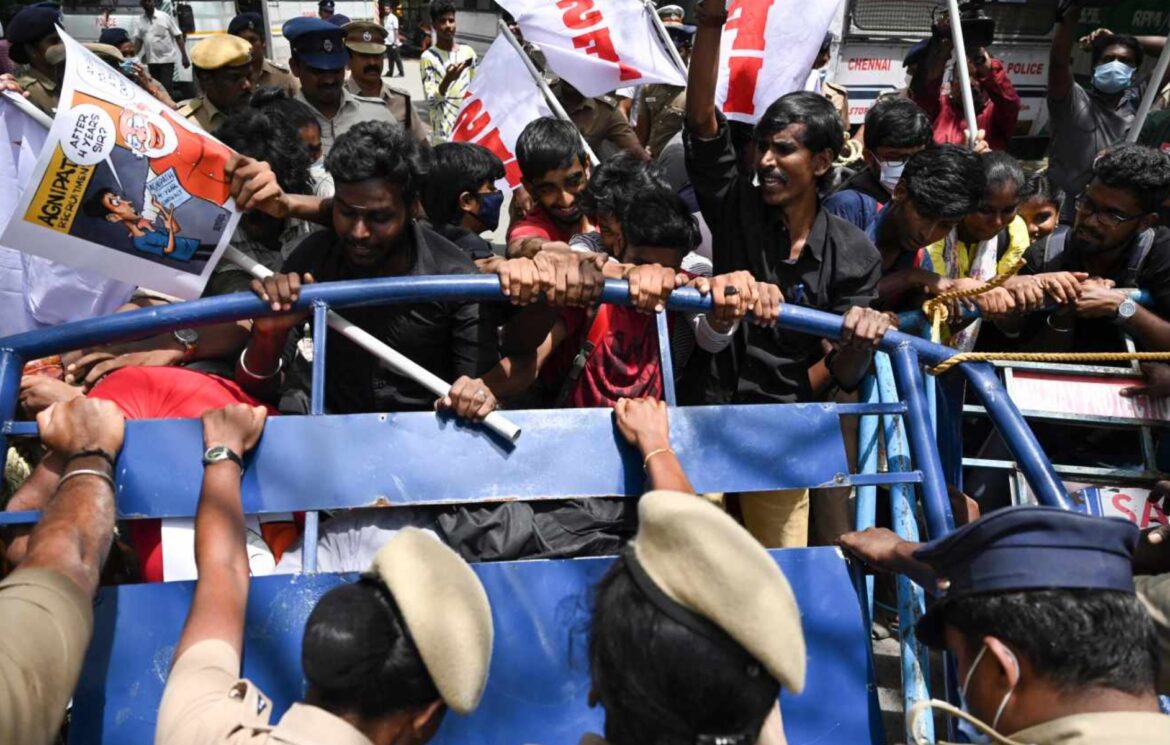 The reform plans to retain, after four years of training, only 25% of recruits while unemployment is hitting young people massively.

After the controversial law on citizenship in 2019, then the agrarian reform in 2020, the government of Narendra Modi caused a new social fire by presenting Tuesday June 14 a reform of military recruitment, baptized Agnipath (“path of fire”). It was met with immediate and very violent protests. Young people, especially in northern India, are demonstrating, attacking government buildings, blocking railways, destroying public property, burning buses, trains and vehicles.

“Modi’s India has never seen such a disturbing breakdown in public order, such express and widespread violence in so many states,” said Jawhar Sircas, parliamentarian and member of the Trinamool Congress, a party of ‘opposition.

This plan aims to incorporate each year between 45,000 to 50,000 soldiers aged between 17 and a half and 21 years old – the maximum age for enlistment – on a short-term contractual basis, without the advantages granted until then to members of the professional army. Most of them will leave the service after four years. Only 25% will be allowed to stay in the army for another fifteen years. Those who fail will leave without pensions, health benefits or job guarantees. For the duration of their training, they will receive a salary between 30,000 and 40,000 rupees (365 to 486 euros).

The army, the main employer in the country

The fury of young people is commensurate with their expectations, as recruitment was completely interrupted for two years due to the Covid-19 pandemic, while the job market is increasingly inaccessible to them. One million young people enter the labor market every month. One in four Indians between the ages of 15 and 24 cannot find a job.