For Assam, 19-year-old Surajit Burhagohain hit pay-dirt in the Lawn Bowls boys under-21 singles final with a facile 21-10 win against Jharkhand’s Abhishek Lakra.

The boys’ fours and girls triple teams made Assam’s cup of joy brim over. The girls’ pair of Abhaya Bharti and Soni Kumari Gupta lost by one point to Bihar’s Khushbu Kumari and Nikhat Khatoon in Assam’s only reverse.

Haryana under-17 rider Arab Singh won the gold pursuit individual boys while Anjali Chaudhary secured the 25-pistol shooting title for the girls under-21.

Uttar Pradesh edged ahead of Delhi to the third place after their boys under-17 volleyball team winning the final against a battling Uttarakhand.

Uttar Pradesh and Delhi have 17 gold and 48 medals each and were separated by the silver medal count.

The three gold show on Wednesday helped the State slip into the top 10 with seven gold among their 22-medal collection. 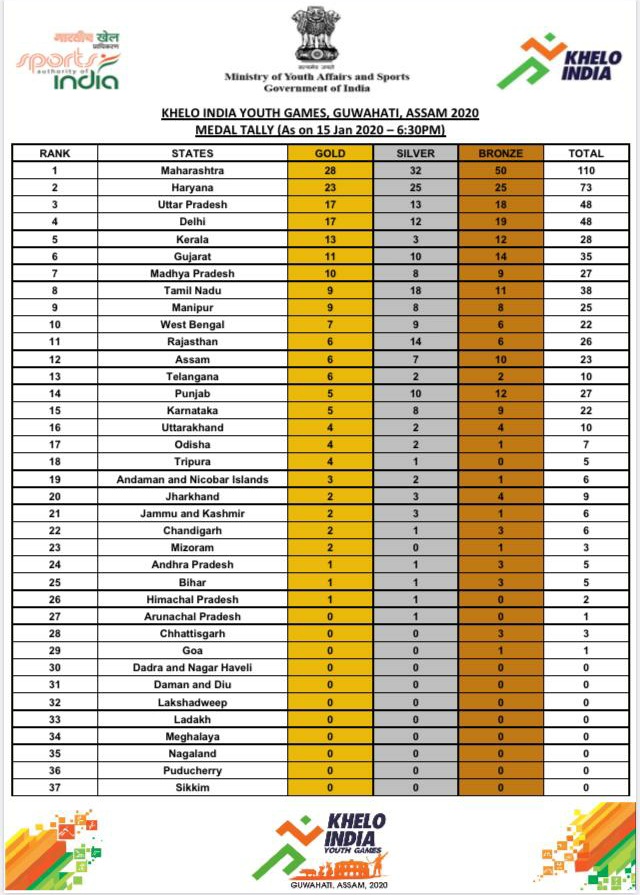